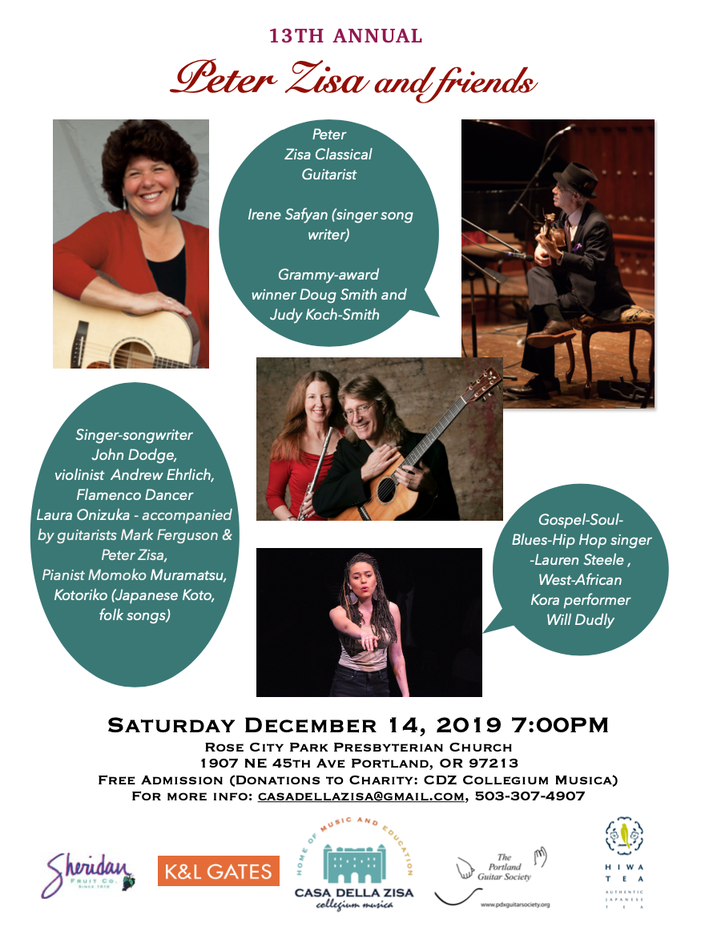 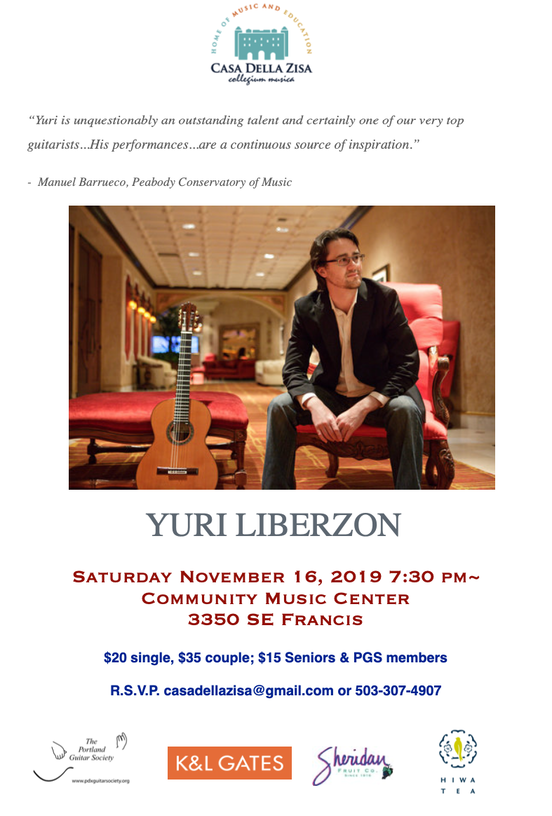 The Experience Music Series presents American roots duo Caleb Klauder and Reeb Willms in concert, in conjunction with the PCC Rock Creek Tuesday evening Music Appreciation class and is open to the public.
The concert will be followed by a question and answer session with the performers. Admission is free for PCC students, with an optional donation for all others. Parking is available on campus for $2.

“Caleb Klauder and Reeb Willms stake a claim as two of the finest traditional musicians in America.” – NPR Radio

Caleb Klauder and Reeb Willms, members of the internationally acclaimed Foghorn Stringband, hold their own as a duo, performing classic country music in shows across Europe, Australia, and North America (including Portland’s Pickathon festival). With pure harmonies, lyrical mandolin and strong guitar, the duo performs original songs and tunes as well as their favorite old gems from traditional and country repertoires. It is a music rooted in the essence of American roots. Their haunting and captivating sound will take you back in time and leave you wanting more.

The Experience Music Series is sponsored by grants from the Beaverton Arts Program and the Cultural Coalition of Washington County and sponsorship by the Portland Folk Music Society. For more information, please call 971-722-7866 or go to  https://www.pcc.edu/programs/music/rock-creek/. 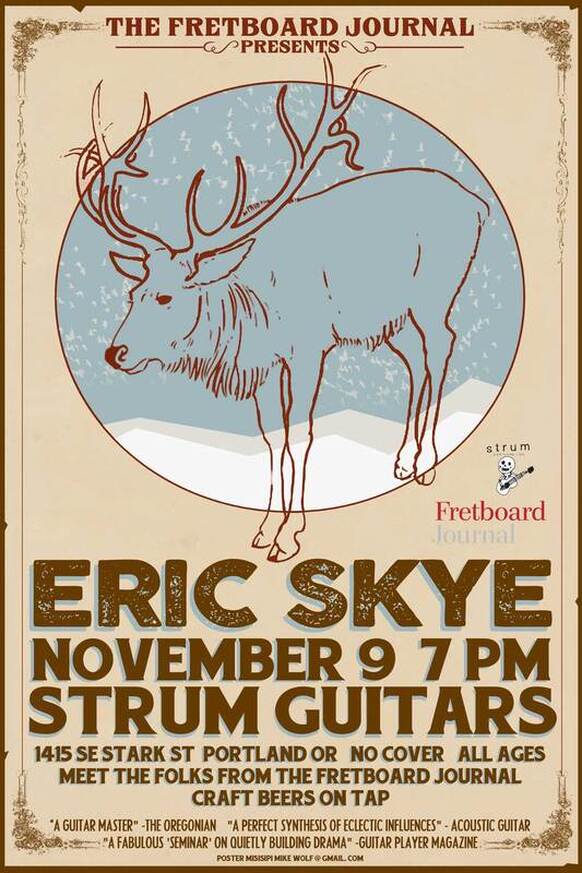 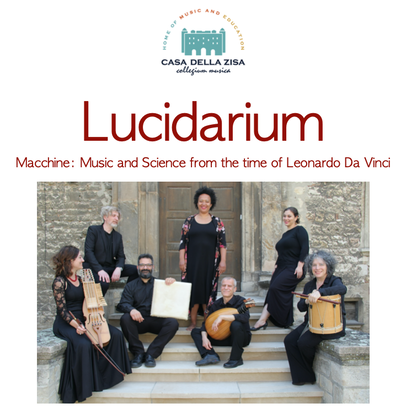 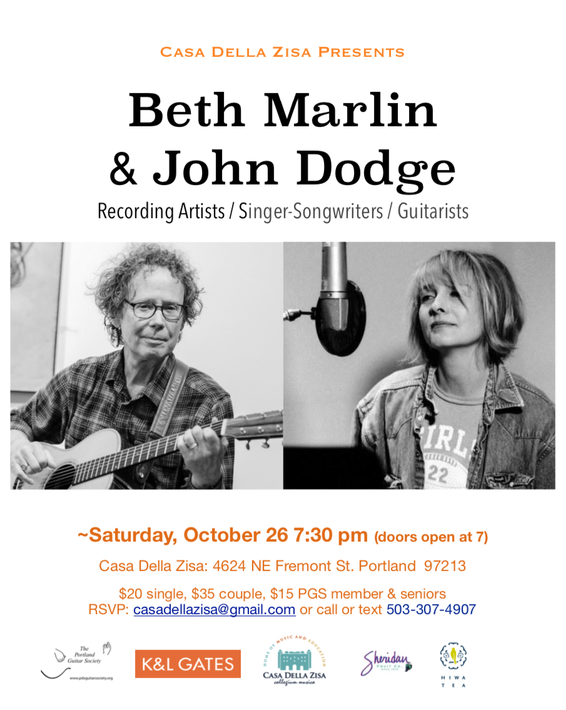 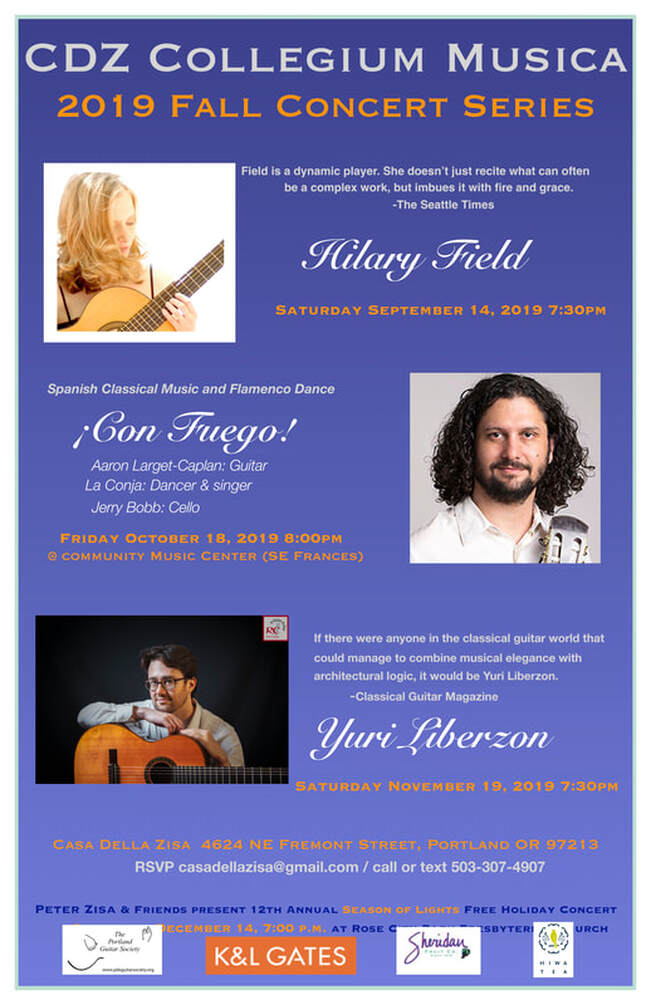 Five-time international prize winner and 2018 winner of classical guitar’s most prestigious competition, Guitar Foundation of America (GFA), Raphaël Feuillâtre joins us in Portland during his nine-month tour of North America. You won’t want to miss his dynamic performance of works from Rameau to Assad and beyond. 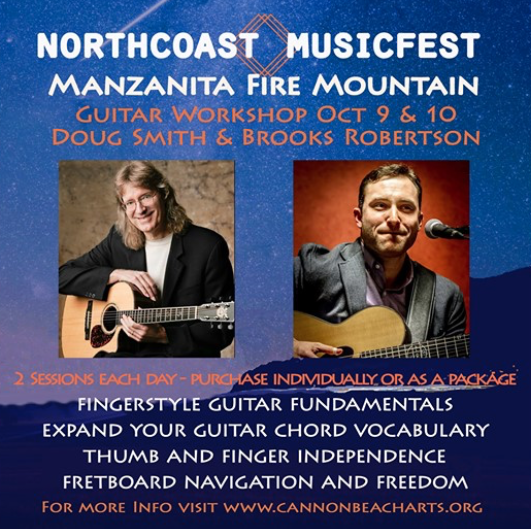 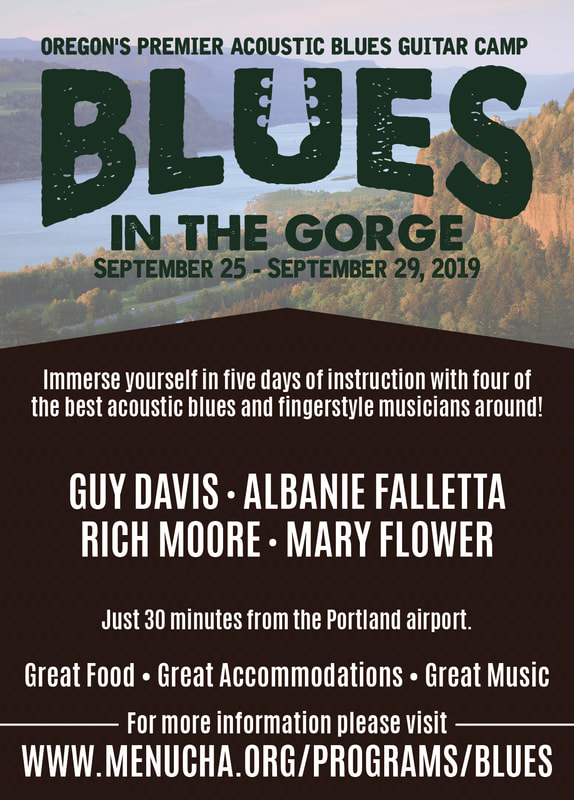 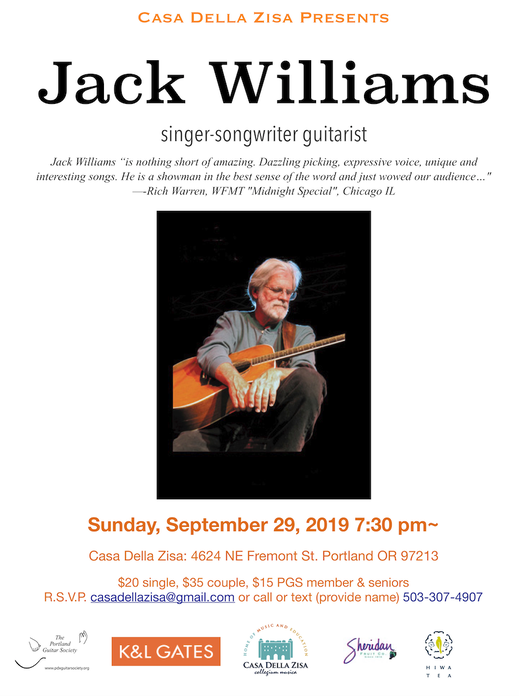 The concert titled “Duo Apaixonado: Latinoamericando & more!!”, will offer a delightful evening of solo guitar and cello music as well as duets for cello and guitar music from Spain to Latin America and from Bach to Piazzolla

The Canadian cellist Valdine Ritchie Mishkin and the Peruvian guitarist Alfredo Muro, two talented musicians formed this unique Duo Apaixonado in 2017 in Portland, Oregon, Since then they have performed regularly un the USA . Duo Apaixonado displays a wonderful blend of talent presenting their own arrangements and a outstanding cello guitar repertoire in the world and is continually broadening the repertoire of the cello and guitar duets. 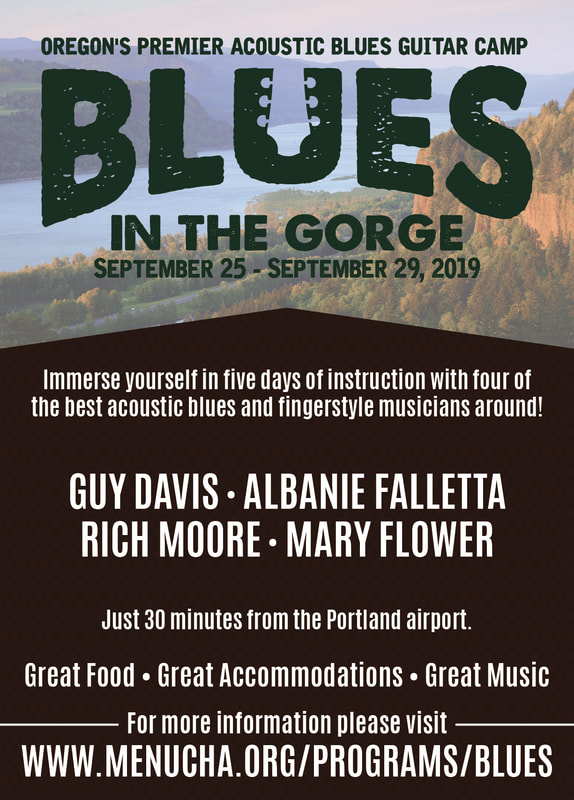 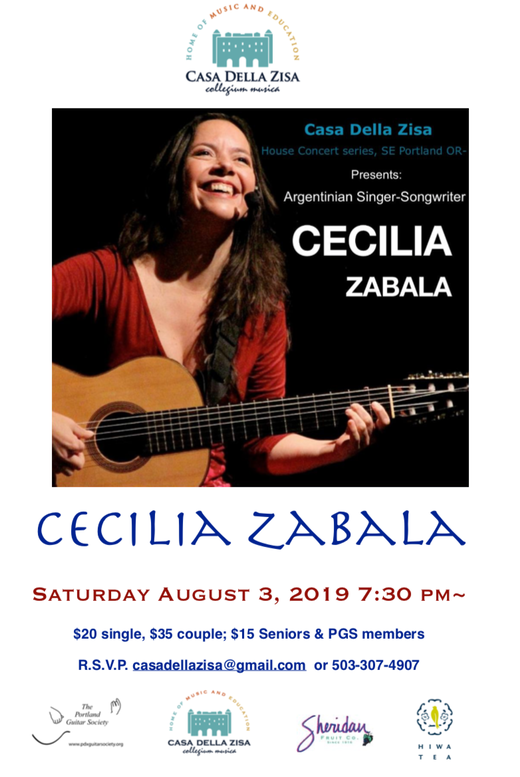 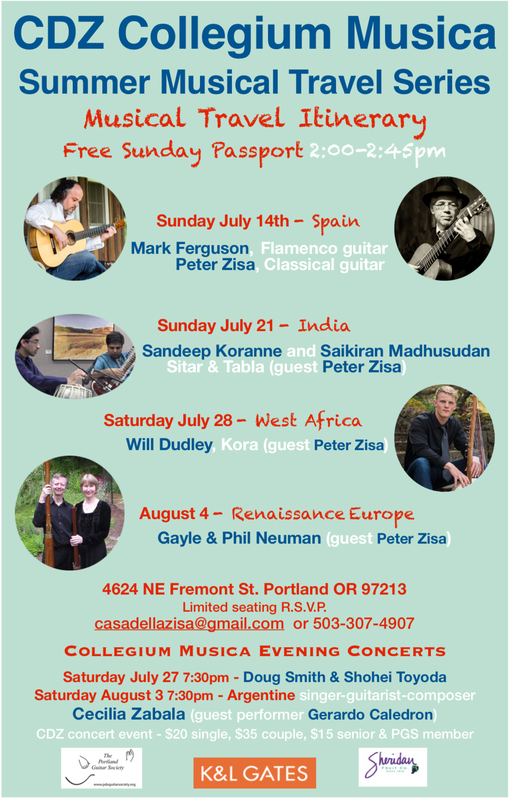 Chet Atkins said of Richard: "The most amazing guy I know on the guitar. He can play anything I know, only better." 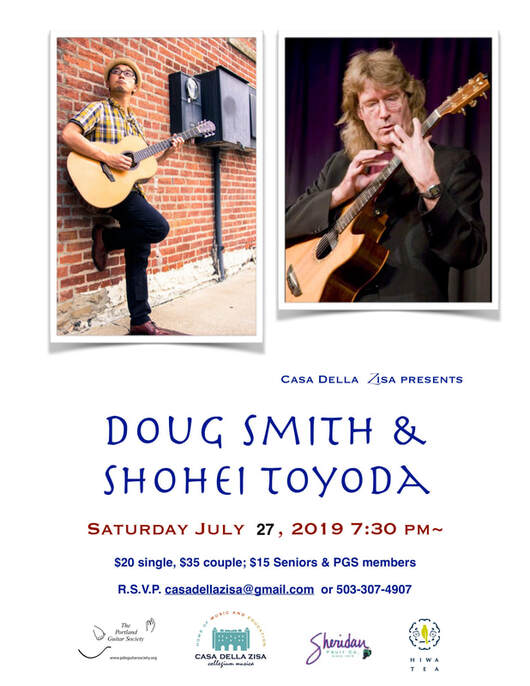 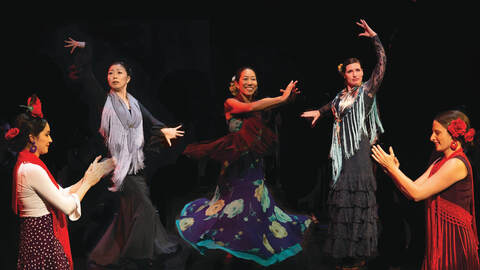 Join us for a very exciting Tablao Artichoke featuring Espacio Flamenco Emerging Artists! Five stunning bailaoras will present solo and duet choreographies with accompaniment by Espacio student musicians and palmeras. We can't wait to share what our emerging artists have been working on!
Advanced tickets recommended. 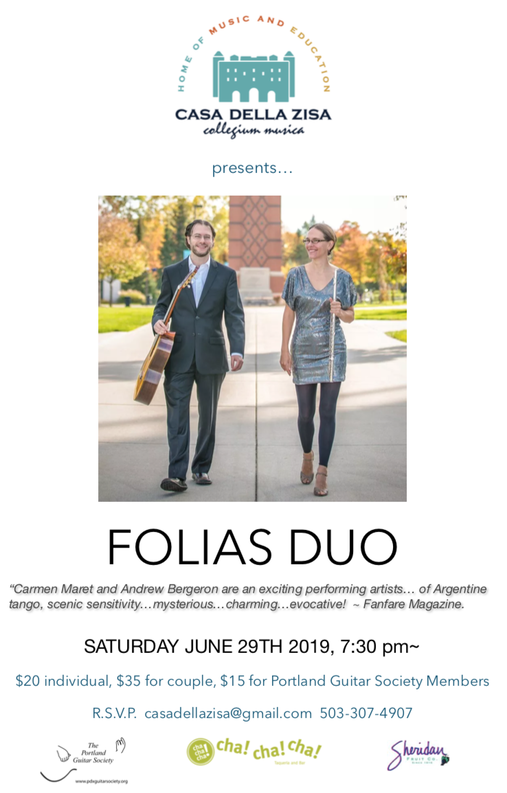 Composed of guitarist Meng Su and Yameng Wang, the Beijing Guitar Duo has performed throughout Europe, Asia, and North America.  Their debut CD Maracaípe, received a Latin-GRAMMY nomination for the titled piece, which was dedicated to them by renowned guitarist/composer Sergio Assad. Their second CD, Bach to Tan Dun, has been widely noted for the world-premiere recording of Tan Dun’s Eight Memories in Watercolor, specially arranged for the duo by Manuel Barrueco. 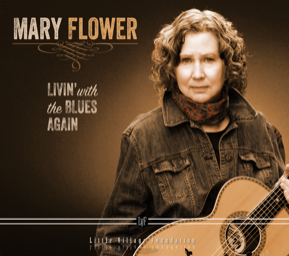 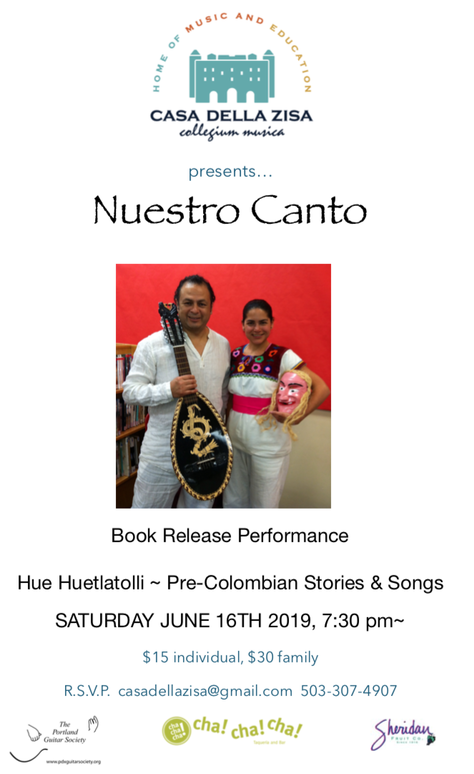 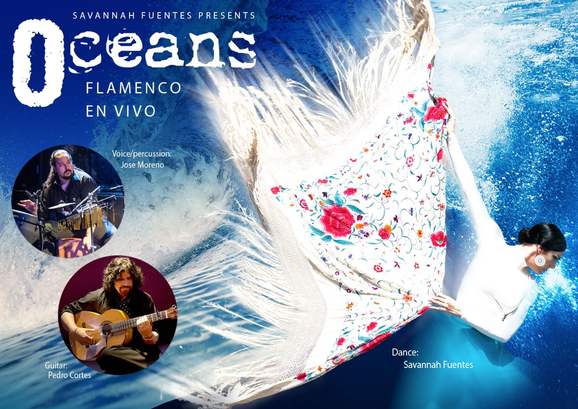 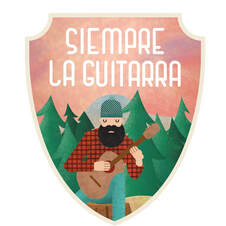 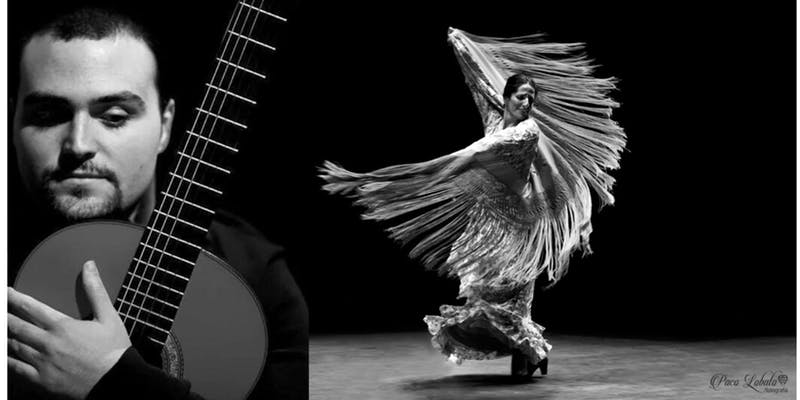 Mercedes Ruíz & Santiago Lara
Sun, May 19, 2019
The Old Church
​
Internationally acclaimed flamenco artists Mercedes Ruíz and Santiago Lara will make their Portland debut this spring. Mercedes Ruíz, one of the most esteemed dancers in Spain today and winner of such respected flamenco dance awards as the Critics Award at the Jerez Festival and the Exhibition Award at the Seville Biennial, has been performing professionally since the age of seven, touring across Europe, Asia, and to the Eastern United States. In 2003 she started her own company, Compañia Mercedes Ruíz, and has created eight productions together with her husband, Santiago Lara. Flamenco guitar virtuoso, composer, and producer Santiago Lara is without a doubt one of the most important names in the new generation of flamenco guitarists. He has received some of the most prestigious flamenco guitar awards including that of the Seville Biennial and the National Flamenco Art of Córdoba Award. 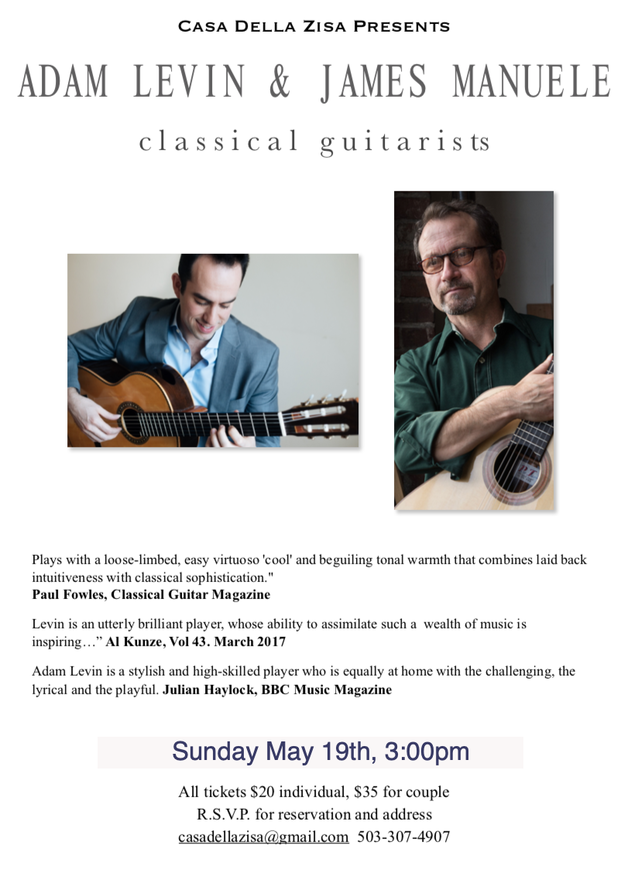 Dave Stamey
​
Friday May 17th, 7:30pm
Reedwood Friends Church
​
Dave Stamey has been a working cowboy, rancher, mule packer and dude wrangler. Presently he is one of the most popular Western entertainers working today. The Western Music Association has seven times voted him Entertainer of the Year and Male Performer of the Year along with five times Songwriter of the Year. Performing songs of the American west, this cowboy has delighted audiences in 23 states.
​
​More Information
Duo Apaixonado:

A delightful evening of solo guitar and cello music as well as duets for cello and guitar music from Spain to Latin America and from Bach to Piazzolla
The Canadian cellist Valdine Ritchie Mishkin and the Peruvian guitarist Alfredo Muro, two talented musicians formed this unique Duo Apaixonado in 2017 in Portland, Oregon, Since then they have performed regularly un the USA . Duo Apaixonado displays a wonderful blend of talent presenting their own arrangements and a outstanding cello guitar repertoire in the world and is continually broadening the repertoire of the cello and guitar duets. 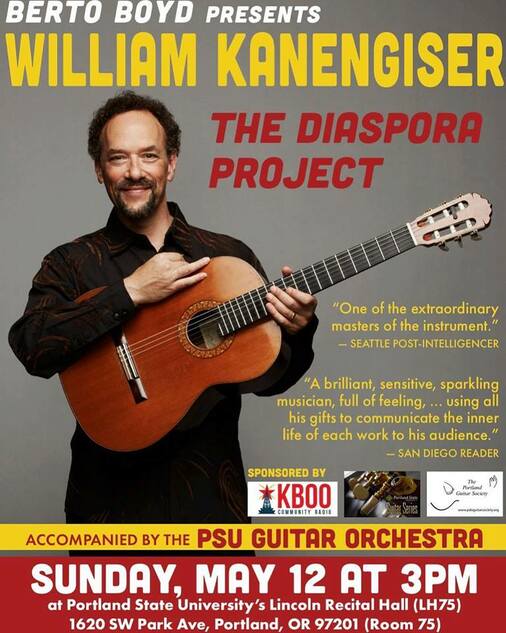 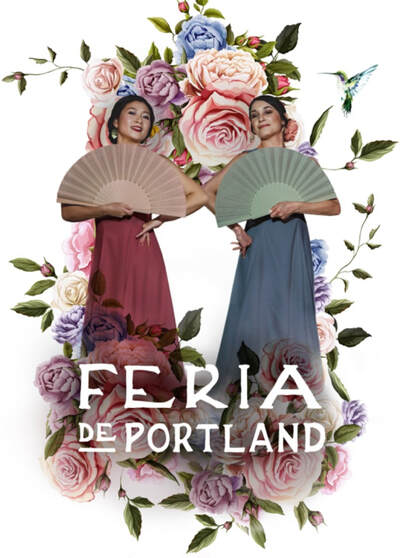 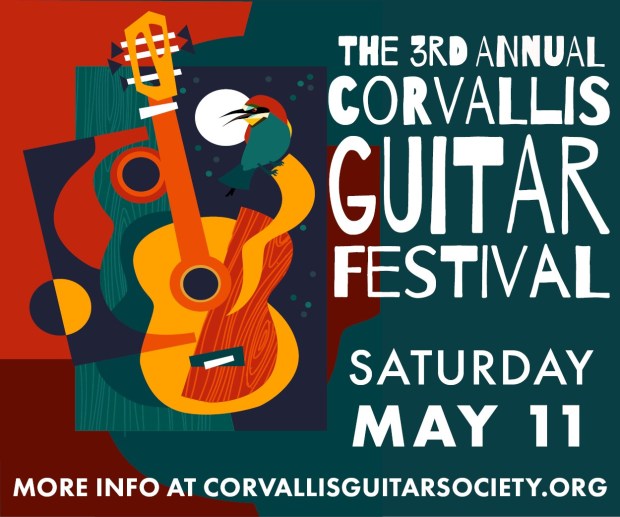 Jeff Peterson is a Grammy Award-winning musician and recipient of nine Na Hōkū Hanohano Awards in his native Hawaii. A celebrated slack key guitarist, Peterson has performed around the world with artists including Eric Clapton, Aaron Neville, Boz Skaggs, and many others, and was prominently featured on the soundtrack of the film The Descendants, starring George Clooney. His latest album Ka Nani O Ki Ho’alu, The Beauty of Slack Key pays tribute to many of the artists who have inspired his over the years including Gabby Pahinui, Keola Beamer, Ray Kane, Leonard Kwan, Ledward Kaapana, Cyril Pahinui, and Sonny Chillingworth. He recently composed the first concerto for Slack Key Guitar and Orchestra and has toured around the globe to Zimbabwe, Colombia, Venezuela, Brazil, Singapore, India, Japan, Taiwan, and China. 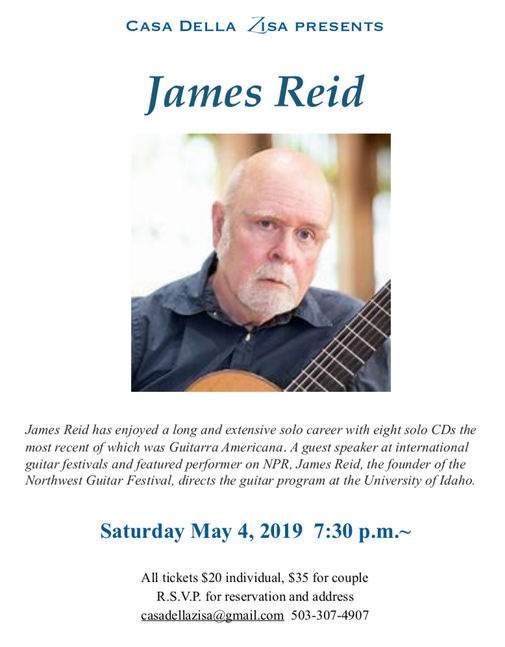 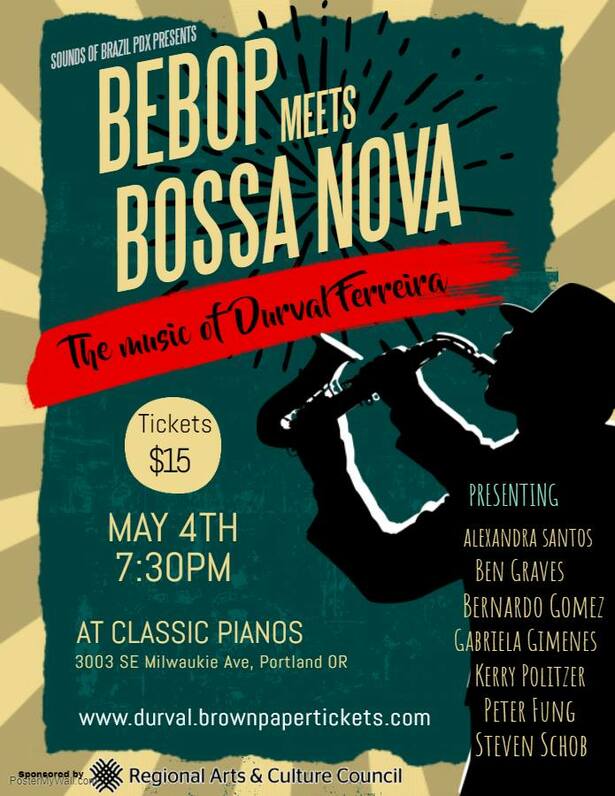 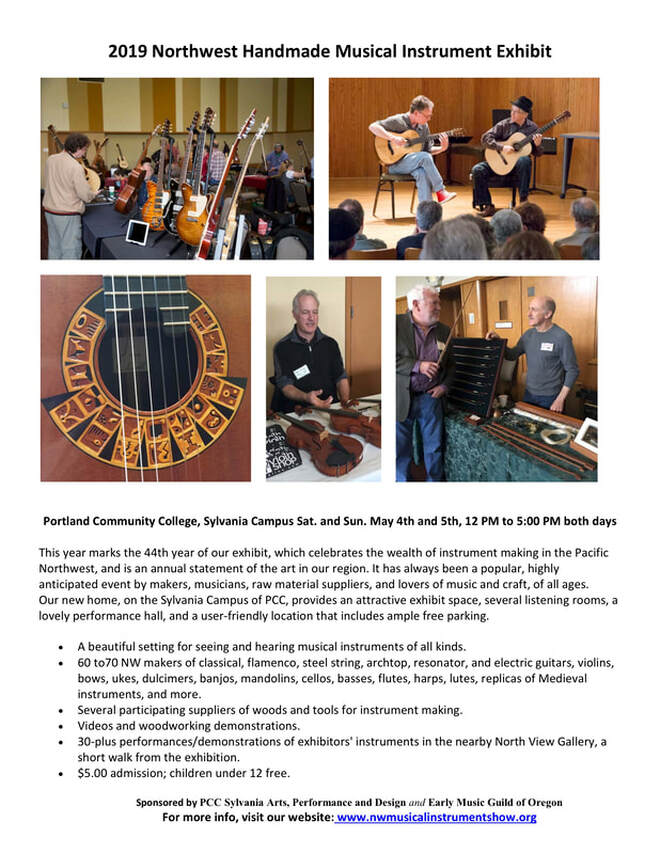 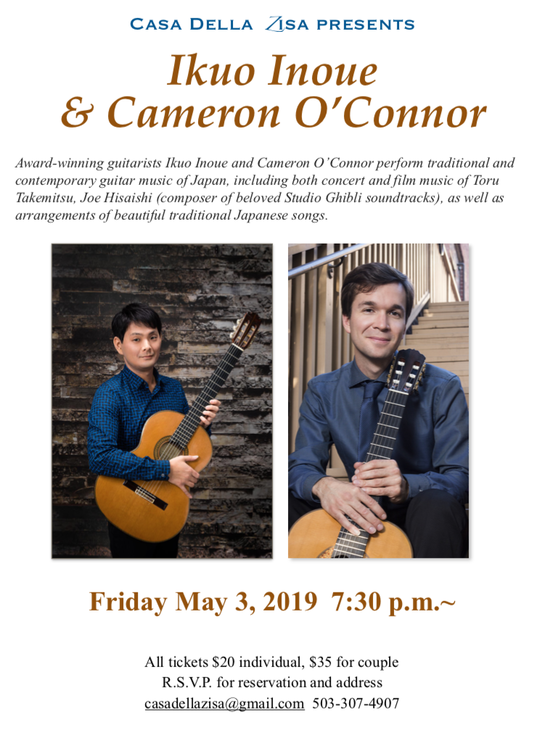 Classical guitarist, composer, singer-songwriter, innovator of the 19 string arch harp guitar, James Kline is an artist who constantly renews and reinvents himself.

As a classical guitarist he studied in Spain under a full scholarship from the Spanish government. There he won a number of international awards, including the Ramirez Prize of Santiago de Compostella and the Tarrega Pize of Benicasim. He holds an ARCM diploma from The Royal College of Music of London and has performed throughout eastern and western Europe as well as the United States and Mexico. He has also gained recognition as a composer and was awarded an Individual Artist Grant in music composition from the Marin Arts Council of California.

As a singer-songwritter, James draws inspiration from a slightly more unusual life experience which includes years working as a commercial fisherman, working as a wilderness guide, extensive travel on four continents, and living among Mexicoï¿½s Tarahumara Indians. An interest in Renaissance and Baroque music led him to design his own version of the eleven string arch guitar, an instrument which combines the best qualities of the lute and the guitar. The urge to expand his horizons and dedicate more time to composing led James to co- found the neo Celtic group Bardou with whom he performs regularly. He has again reinvented his instrument to become the worldï¿½s only player of the 19 string arch harp guitar, a combination of lute, guitar, and Celtic harp.

A modern day troubadour, his performances reflect a wonderful diversity of life experience and musical intrigue and are often punctuated with story telling.