Seasons of Light, an annual benefit concert since 2007, returns this year with an exciting program of music that celebrates the many cultural and faith traditions of our community.  Excellent performers from many musical traditions will join together to present music from the Americas, Europe, Russia, Asia, and the Middle East.  Also a charity benefit concert, this year charity is Alzheimer’s Association.

- "a beautiful, fluid style of playing and a captivating musician.  Seasons of Light made my holiday celebration!" - D.L.

- "Seasons of LIght was the most inspiring holiday concert I have attended in many years - and also, the most fun!" - M.S

Peter Zisa is an acclaimed master of the six and eight string classical guitar.  Among the many friends joining Peter this December are: 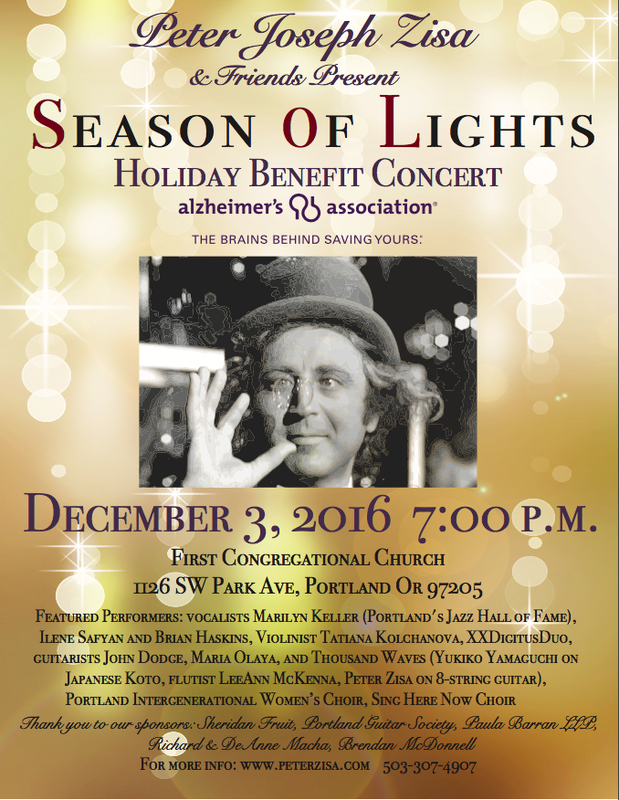